What's on your mind?

So I am a previous contributor to this wiki but have recently been doing work on the Rainbow High wiki and am in need of help making well outlined pngs of multiple character’s artworks. If anyone reading has experience with that please contact me and any help will be greatly appreciated. 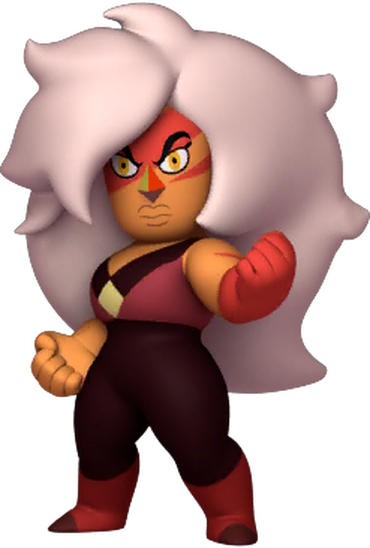 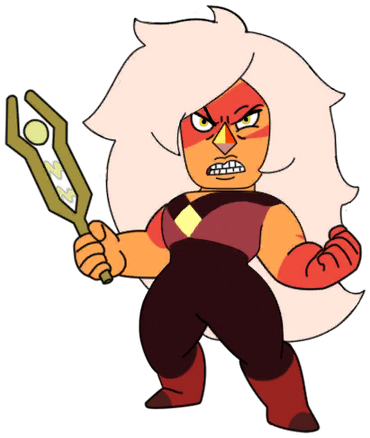 This is an introductory post, hello you can call me Petey, I love the series and I want to know of I can post art and gemsona art??

I learned several factors of Steven's pink state from watching the show as well as getting clarify from a YouTuber breaking Steven's powers down.

For starters, we all know Steven's strength and speed increases. However, does anyone take a notice his agility also increased. Surely we all saw his fight with Jasper, and Eyeball and Aquamarine.

I also guarantee his durability also amplified as well.

Now, in his pink state, Steven's powers increased as well. For starters, regarding to suspend himself in the air and descenting slowly, Steven seems to leivate and hover in the air. When he is depressed, his weight increased to where he left a crater in the sand after Connie rejected his proposal.

Steven can also healing powers increase to where he unintentially animates several plants to life.

New eipsodes of the ghost and Molly McGee

And whatever @CreativityShack6 wanted me to watch with her lol

This is the first I'm posting on here. So I'm just doing silly things.

Steven: I think Garnet was right.

Amethyst: I'm surprised they haven't marched in here to say 'I told you so.'

Pearl: They wouldn't do that.

Garnet: You're right, Pearl. For once in your life, you're 100% right. I would never say that.

Garnet: *turns around, the shirt they're wearing says 'Garnet Told You So' on the back*

This is so random but does anyone know how to get roses room in steven universe unleash the light?? 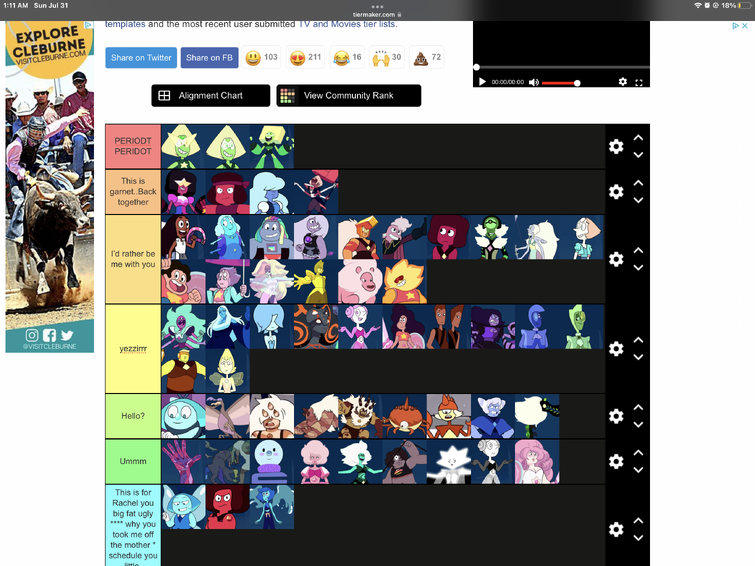 I'm trying to draw my sona in different artstyles & I chose SU as the "calarts" reference.

I don't watch SU, so I don't know all the characters & just wanted to ask anyone here if they know of any that have plaited hair that I can reference from. 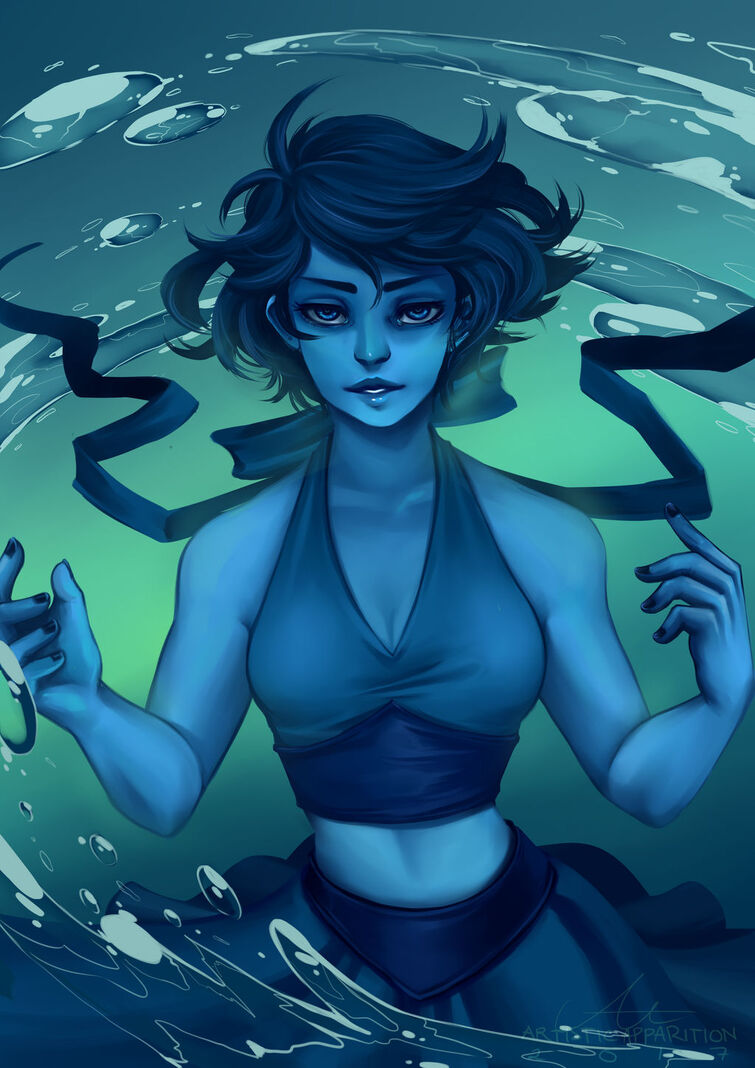 (Its not showing the full image) 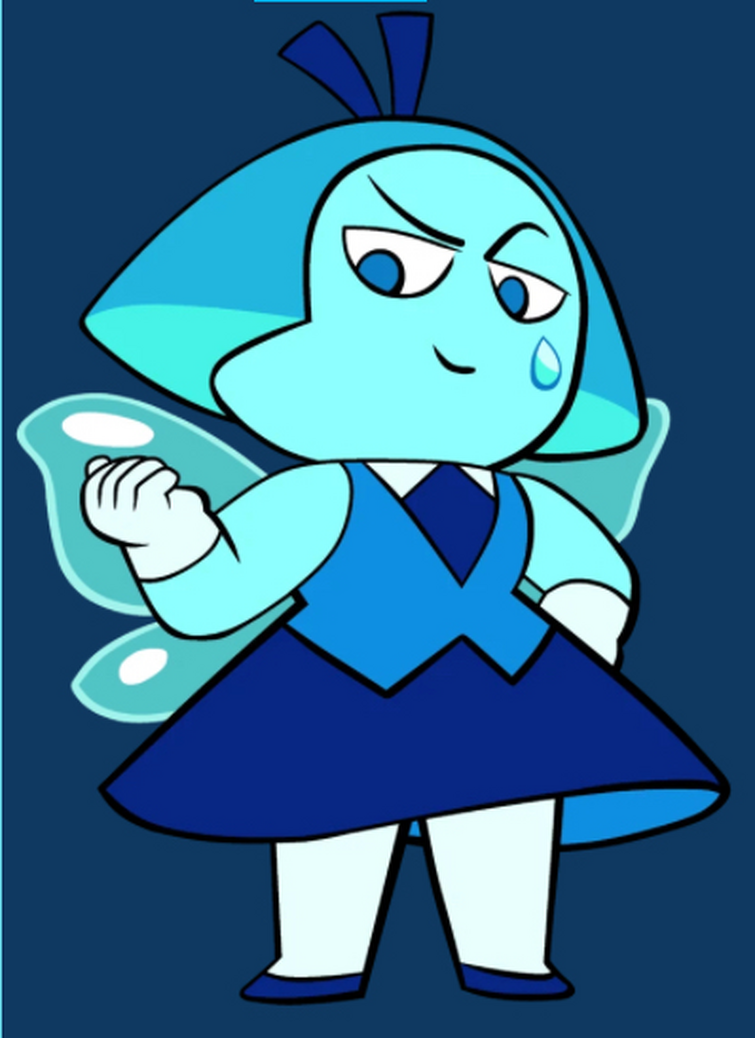 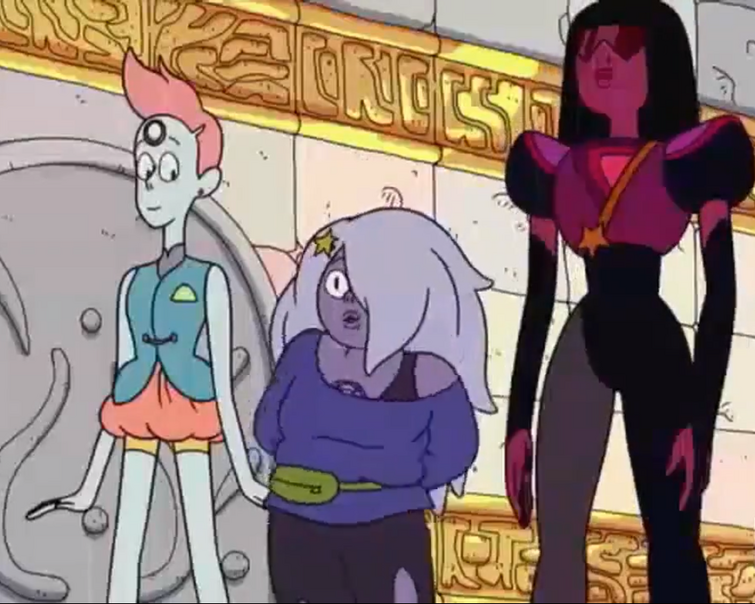 I’ve seen this one floating around Google and it’s that Blue Diamond actually poofed once but I think it happened twice, and here’s why… Her mural on Pink’s Moonbase is very different from her current outfit so that might be evidence she did poof once. 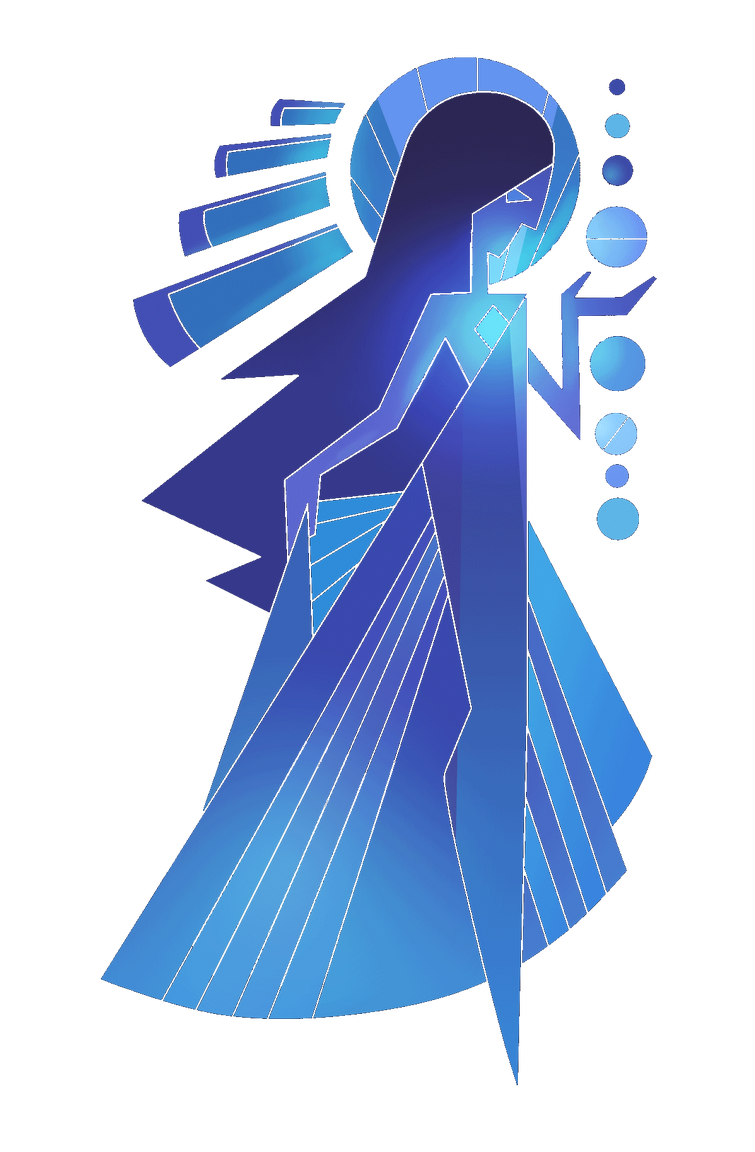 The next part isn’t quite convincing but in The Answer, during Garnet’s flashback, she has a hood and a outfit looking slightly different than her current one. I could be wrong about the second one because she’s mainly wearing her cloak. 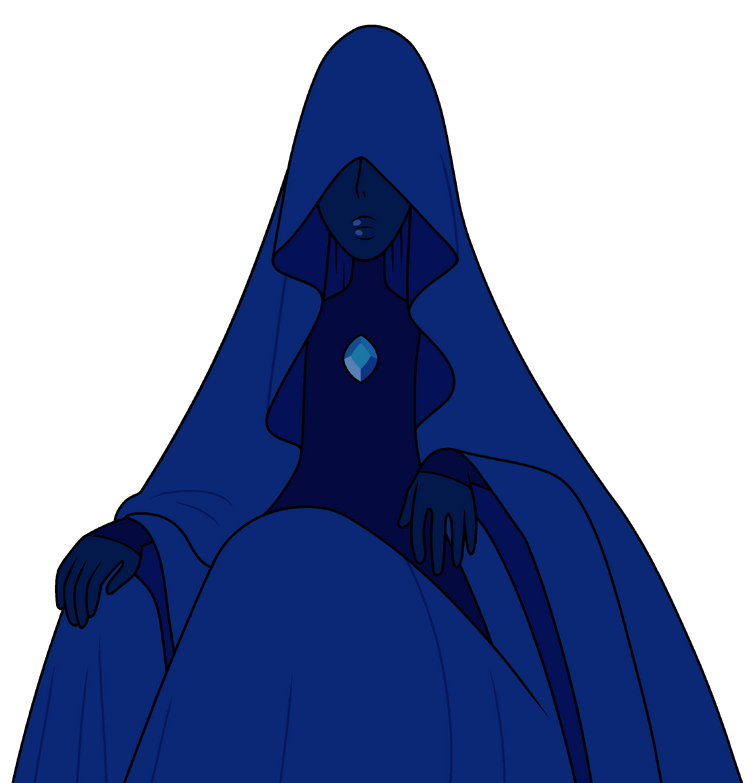 With these thoughts in mind, I think she poofed for the same reason Spinel poofed, a heart attack. ( I think that’s it ) I don’t think she ever got majorly hurt, she’s a Diamond for Gems sake, and it being an emotional thing that caused her to poof makes the most sense in her case. 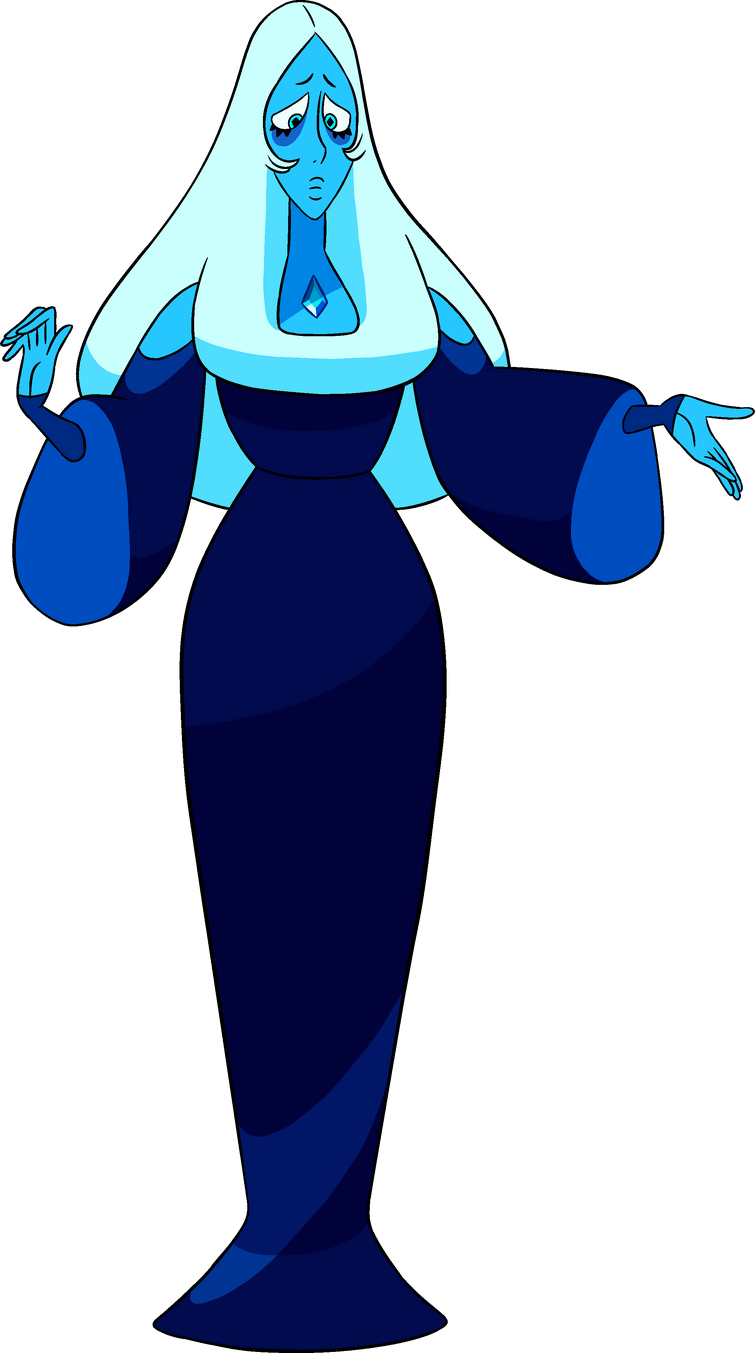 Bonus Evidence: In Reunited when she arrives to Earth and Steven tries to talk to her, she says: “ Look what thousands of years of grief has done to me! “ which I think not only meant her mental state, but her appearance too.

What do y’all think? Do you have any other evidence? Please share your thoughts and enjoy your night or day, wherever you are.

WHAT IS THIS STUFF https://steven-universe.fandom.com/wiki/Fire_Salt

LIKE I MEAN WHAT’S IT MADE OF WHY DID THE GEMS HAVE THAT IF THEY CANT EAT??? I’M SO CONFUSED ;-; IS IT GROUND GEM SHARDS? IS IT LIKE DIRT FROM ANOTHER PLANET? I NEED EXPLANATIONS.