"Stronger Than You" is a song featured in "Jail Break". It was written by Rebecca Sugar and sung by Estelle. Garnet sings it while she fights against Jasper on the Gem Warship after Steven helps her reform.

"Sapphire's Song" is a vocal, lyric-less song sung by Sapphire in the beginning of "Jail Break" while in her cell on the Gem Warship. It follows the same chord progression as "Stronger Than You"

"This definitely qualifies as a career highlight for me! The song was composed by Rebecca Sugar, and an initial demo arrangement was made by Jeff Liu, which Estelle sang over. Estelle is one of my favorite modern R&B singers, so this was a daunting and yet enticing proposition to arrange.

Taking Jeff’s arrangement as a guideline, we really wanted to emphasize the euphoria of Garnet beingreformed. Rebecca told us to capture the feeling of “there’s no way she could lose”. I also felt that the new Garnet design warranted a new Garnet bass sound (for those of you keeping score: where Pearl is piano, Garnet is represented by synthbass), so this was a great opportunity to showcase it. I also felt like the bridge needed a synth solo, so I went all out on this one!

Aivi did a fantastic job adding to this arrangement by making the string sections magical (especially at the end when the song turns dramatic) which were then beautifully performed by Jeff Ball. Everybody did such a great job with this song, and I’m extremely proud of the final result.

Thank you all for watching the season finale! Tune in tomorrow for “Full Disclosure”!"[2]

"Here's the demo I arranged for Stronger Than You! Rebecca wrote and recorded the vocal and omnichord tracks, and I put everything else together in Logic. We used this track to figure out the timing for the action sequence and for Estelle to sing to. Aivi and Surasshu then made it a billion times more awesome for the final version!"

"The Stronger Than You DEMO! By me & Jeff Liu! Jeff was trying to figure out this rhythm that I couldn't quite pin down, you can hear me tapping it out on the table in the background of this track!"[3] 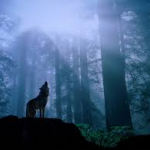 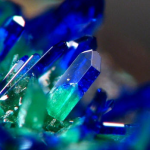