Aivi & Surasshu specialize in chiptune and piano music. This style is reflected in the songs they have composed for the show. The two met in a hotel bar and bonded over their love of video game music.[citation needed] They later collaborated to produce the album "The Black Box", which has a comic book dedicated to it.

Aivi in particular is a big fan of Rebecca Sugar's work on Adventure Time, and was equally thrilled with Steven Universe.[citation needed] Aivi said:

"Rebecca Sugar’s work as a storyboard artist and songwriter on Adventure Time is fantastic, and we instantly fell in love with Steven Universe and its diverse characters. The music that we've been writing for the show draws inspiration from both classical and pop genres, synth and acoustic sounds, and of course, what the two of us are best at: Videogame Music!".[citation needed]

You can find Aivi & Surasshu's non-Steven Universe work from the link to "The Black Box" above. Everything they create for the show is posted to their Soundcloud account of the group's name. 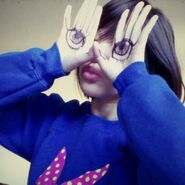 A photo of Aivi at her Soundcloud.

Aivi and Surasshu together. 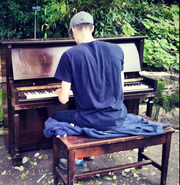 Surasshu playing the piano.
Add a photo to this gallery

Retrieved from "https://steven-universe.fandom.com/wiki/Aivi_%26_Surasshu?oldid=1986019"
Community content is available under CC-BY-SA unless otherwise noted.