Writer
Story Editor
Composer
Ben Levin is a former writer, story editor, and songwriter for Steven Universe. As a writer, he was responsible for writing up episode outlines, which provide the story frameworks for episodes which the storyboard teams then build off of.[1] He and Matt Burnett left the show after their series Craig of the Creek was greenlit by Cartoon Network.[2] They both returned to write for Steven Universe: The Movie.

He is also the creator of an online mini-series called Doris and Mary-Anne Are Breaking Out Of Prison, which has the same, or at least similar, art style as Steven Universe.

Doris and Mary-Anne are Breaking Out of Prison 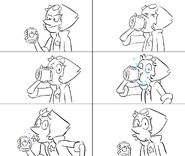 "Last One Out of Beach City" 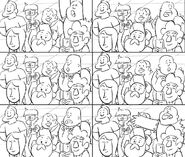 Retrieved from "https://steven-universe.fandom.com/wiki/Ben_Levin?oldid=1977884"
Community content is available under CC-BY-SA unless otherwise noted.