Start a Wiki
watch 01:51
The Loop (TV)
Do you like this video?
Bismuths were builders on Homeworld, mainly working to buildings structures and ships for other Gems. Bismuths are voiced by Uzo Aduba in the main series and the epilogue series through "Bismuth Casual", and Miriam Hyman in Unleash the Light, "Everything's Fine", "I Am My Monster", and "The Future".

Bismuths were builders for aristocratic members of society. As such they possess a broad stature for intense physical labor, above-average resistance to heat and damage, and hands capable of fluidly changing its form using Gem shapeshifting to fit a wide variety of purposes.

Bismuths have large, top-heavy builds, specifically made for heavy construction. Their hair is multi-colored and styled as dreadlocks. While their colors vary, all Bismuths appear to feature predominantly cool colors, for example, blue, purple, and green.

They all have hollow gems, the insides lined with multiple colors, similar to their hair. 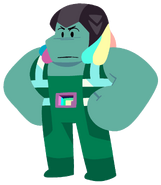 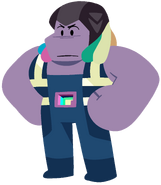 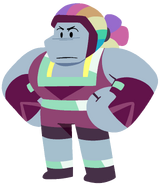 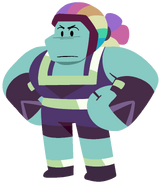 Retrieved from "https://steven-universe.fandom.com/wiki/Bismuths?oldid=1935053"
Community content is available under CC-BY-SA unless otherwise noted.