Steven Universe Wiki
Register
Don't have an account?
Sign In
Advertisement
in: A to Z, Characters, Antagonists,
and 2 more
English

Grace Rolek
Cloud Connie is a character who made her debut in the episode, "Rose's Room". She had her first major role in "Open Book". 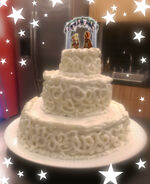