A Gem Destabilizer is a weapon designed to instantly destabilize a Gem's physical form. The Yellow Gem Destabilizer appears to have been modeled on Yellow Diamond's power to generate a type of lightning current-bolt that can paralyze and poof Gems.

The Yellow Gem Destabilizer resembles a goldish-brown arrowhead-tipped tuning fork with a pale yellow, oval-shaped orb suspended between the tips. It gives off streams of static energy between the orb and the hilt.

Gem Destabilizers essentially dissolve a Gem's body on contact with the operational end. Lines of yellow energy course through their body, dismembering them upon release and therefore forcing the Gem's consciousness to retreat into their gemstones. This process will disrupt even the most stable of Gem fusions. The containment fields of Gem prison cells, such as those seen aboard the Gem Warship, utilize a similar effect, destabilizing any part of a Gem's physical form that comes into contact with them.

While archaic Gem weapons employ brutal force from which a Gem may require days or weeks to recover, a Gem Destabilizer will merely knock a Gem out of commission for a short period, perhaps for only a few hours. This is still sufficient to collect and imprison the inactive gemstone, making it arguably more efficient than the older method of poofing and bubbling.

Gem Destabilizers and the containment fields used in prison cells of the Gem Warships have proven to be ineffective against the half-Gem, half-human Steven. Subjection to either device results in him being only slightly shocked; this is probably due to his body being organic and not made of light as stated by Pearl and Garnet.

Garnet unfusing after being hit by a Destabilizer in "The Return". 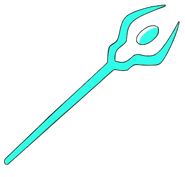