Steven Universe Wiki
Register
Don't have an account?
Sign In
Advertisement
in: A to Z, Episode galleries
English

Storyboards for a rejected scene.

You may view all the storyboards for this episode here. 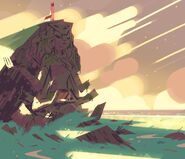 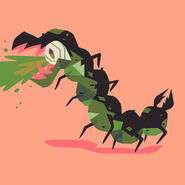 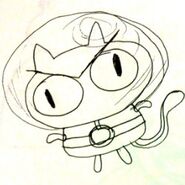 Steven's reflection on the mini freezer is in the wrong direction in one scene.

When Steven is panicking as his gem's glow is fading, the star on his shirt disappears.

When Amethyst was telling Steven how she "didn't try at all" in summoning her weapon, her tongue appears to be deep purple for a second.

After Steven rushes through the Cookie Cat song a second time, the colors of Garnet's stars are reversed. Also, Pearl's socks disappear.

When the Centipeetle Mother climbs the Temple, she is also followed by a few Centipeetles, which disappear as the Gems leave the Beach House.

When the Centipeedle is attempting to spew more acid, Amethyst's bottom portion of her tank top is white.

Garnet's reversed star colors after the Centipeedle climbs the house.

Outline over star when Steven is angry.