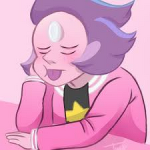 Heya! I'm Rainbow! If you need a render request, just leave it on my message wall and I'll get to you as quick as I can!