Soundtrack: Volume 1 is a compilation album of remastered music from Steven Universe. It became available for purchase in digital music stores and major streaming platforms on June 2, 2017,[1] with preorders available starting May 18.[2] A physical release on vinyl is currently up for pre-order with a planned release for the fourth quarter of this year.

The full track list was first revealed in an hour-long Facebook livestream with Aivi & Surasshu on May 17, 2017.[3] It peaked at number one on the iTunes album chart.[4] In the Billboard charts, the soundtrack has come first on Independent Albums,[5] second on Soundtrack Album Sales,[6] third on Digital Albums,[7] 10th on Top Album Sales,[8] and 22nd on Billboard 200.[9] 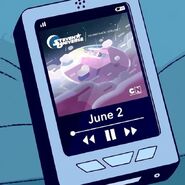 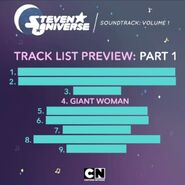 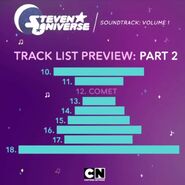 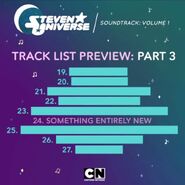 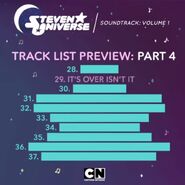 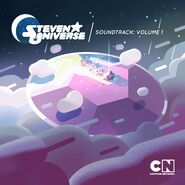 Cover art of the Volume 1 soundtrack[2]
Steven-universe-store-10inch-square-cover large.jpg
The vinyl cover for the soundtrack
Add a photo to this gallery

Retrieved from "https://steven-universe.fandom.com/wiki/Soundtrack:_Volume_1?oldid=1554612"
Community content is available under CC-BY-SA unless otherwise noted.