Steven's Birthday Suit is an outfit given to Steven by his Dad to celebrate his birthday.

The outfit consist of a red king's cape entirely lined in white fur and a crown shaped like a heart, with a white rim, a small purple and yellow heart in the center and a little white candle on top. 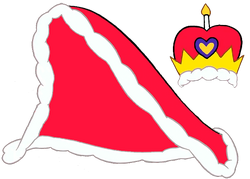 Kazoom racers!.jpg
OlderOlder.jpg
Old Steven
Add a photo to this gallery
Retrieved from "https://steven-universe.fandom.com/wiki/Steven%27s_Birthday_Suit?oldid=159668"
Community content is available under CC-BY-SA unless otherwise noted.