Steven Universe Wiki
Register
Don't have an account?
Sign In
Advertisement
in: Characters, A to Z, Animals,
and 2 more
English

"Giant Woman"
Steven Jr. is a mountain goat who made his debut in "Giant Woman". He makes a cameo in "Warp Tour" and appears to have two offsprings. He currently resides with his kids at the Sky Spire.

Steven Jr. has fluffy white fur. His pupils are slightly elongated, hinting at rectangular horizontal pupils goats and most other hoofed animals have.

He acts like a normal goat and eats anything he can put his mouth on. He is seen eating a rose and attempting to eat the Heaven Beetle. Steven Jr. does not reciprocate Steven's affection, but this does not seem to faze Steven.

Wide Leaping: Although debatable, Steven Jr. has the ability to leap abnormally far to cross the floating small island bridge, as shown in "Giant Woman". It should be stated that while he looks more like a farm goat, he may be an actual mountain goat capable of jumping large spaces.

Steven finds him and calls him his "son." Steven acts as his father until he tries to eat the Heaven Beetle, stating that he is "no son of [his]."

In "Giant Woman", Steven Jr. leaps out of some bushes and startles Pearl. He later bites her hand. These may be signs of negative feelings towards her, or all in the moment of the situation. 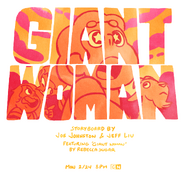