The Steven Universe Beach-a-Palooza Card Battling Game is a card game by Cryptozoic Entertainment exclusively available to backers of the Kickstarter project. Kickstarter July 14. Put together the best band and audience, while taking on Corrupted and Homeworld Gems who want to ruin your performance.

At this year's Beach-a-Palooza, Steven has a surefire way to win: Recruit more Stevens from the timeline and have them all front their own bands!

This is your chance to become a Steven and try to put together the best band and audience! But it's not going to be easy: Party Crashers—Corrupted and Homeworld Gems—want to ruin your amazing performance. It's Beach City's event of the year and you're on center stage. Play your cards right and your band might be the big winner! 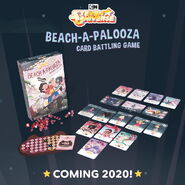 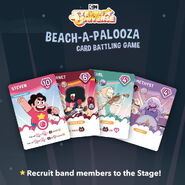 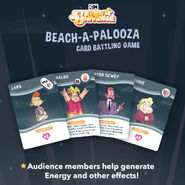 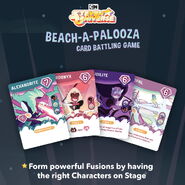 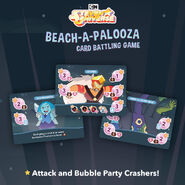 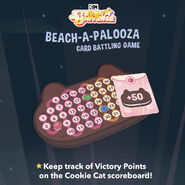 Add a photo to this gallery
Retrieved from "https://steven-universe.fandom.com/wiki/Steven_Universe_Beach-A-Palooza_Card_Battling_Game?oldid=1946833"
Community content is available under CC-BY-SA unless otherwise noted.