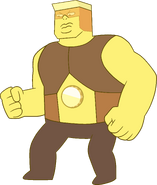 Three Topazes appear in "Change Your Mind", two of which having previously guarded the extraction chamber in "Familiar" now guarding Yellow Diamond's bubble chamber and a Topaz fusion with a gemstone on each arm. 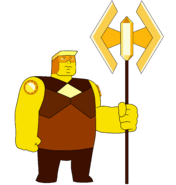