Various types of Garnets — Demantoids, Hessonites, and Pyropes — are mentioned by Blue Diamond when she taunts Garnet. There are two green statue-like Gems (or Gem-powered objects), each with a disco ball inside of their cage-like bodies and two large outstretched hands.

A blue-and-red Fusion Gem, is featured in the villains' roster. Presumed to be a fusion between Aquamarine and Ruby (Nicknamed Eyeball by Steven). 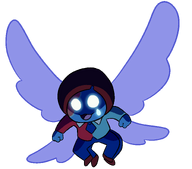 The unnamed fusion in the opening 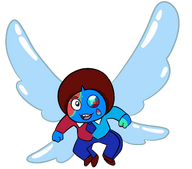 Her gemstone revealing to look like the gemstone of an Aquamarine 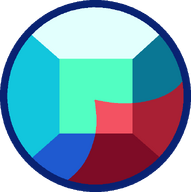 Her gemstone revealing to be the gemstone of a Ruby.
Add a photo to this gallery

Retrieved from "https://steven-universe.fandom.com/wiki/Unknown_Gems?oldid=1870649"
Community content is available under CC-BY-SA unless otherwise noted.