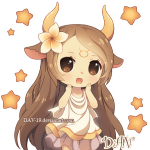 aka Just call me Taurus!

Autobots or her Teammates with them:

protecting all of earth and humanity or the human race with the help of her friends and family including her friendly pokémon and the ones who are actually willing to help her and or wanting to try to change themselves into the good side.

The Crystal Gems, The Teen Titans, and Robots in Disguise

About Me and This Page (❀‿❀)

Well I'm just making up my own fantasy character "in a way" made up from my absolute favorite shows ever!! (^‿^)

*My Favorite Pages in this Wiki*

Retrieved from "https://steven-universe.fandom.com/wiki/User:*pink_star*_america?oldid=1109417"
Community content is available under CC-BY-SA unless otherwise noted.