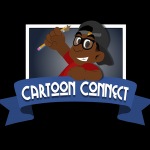 Blame it on baby.

Hello. My name is Deiondre. I am a 14-year-old FANDOM editor who joined in February 2020 but didn 't start editing until the month after. I edit FANDOM on an Apple device, an iPhone X which has been cracked the year after it has been bought.

I have one younger sister, two younger brothers, one older brother and one older sister.

I am fluent in the following languages English, Haitian Creole, and a little bit of Japanese. My younger brothers and i know how to speak haitian creole because our mom told us that our great grandmother is Haitian and we learned some from her. So i am a Haitian African-American although i was born and raised in the United States.

Retrieved from "https://steven-universe.fandom.com/wiki/User:BumbleBeast57445?oldid=1929159"
Community content is available under CC-BY-SA unless otherwise noted.