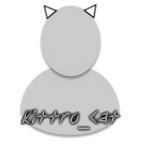 Hello, friend. My name is Kittro Cat, KittroCat or Kittro_Cat, but you're welcome just to call me Kittro 🙂. I love cartoons and animation, particularly CN, but there are many cartoon shows that I love. I also greatly admire Rebecca Sugar's work. From her short, "Singles", to her artwork, to Steven Universe. I'm pretty much using my profile to test things and work out how a lot of things work (i.e. uploading videos and adding links) so bare with me as I add random and useless items to my profile.

Fave Eps (in no particular order)

I really thought that by now this list would be a bit longer.

I prefer the orginal theme song to the one used from "Sworn to the Sword" to present, but I love the extened theme from the Extended Intro.

Pearl is, in a sense, my favourite character in the show. I find her the most interesting as far as backstory is concerned, though I also love Rose/Pink's backstory (especially as of "A Single Pale Rose"). I always found Pearl intriguing, despite the fact that at the beginning of the series I found myself identifying with Amethyst far more. The "surface Pearl" that she so often displays didn't bother me as much as I thought it would and the more I learnt about her the more I grew to like her. Her problematic sense of self-sacrifice, which was blatantly displayed during Do It for Her in "Sworn to the Sword", was absolutely fascinating. I assumed that it was possibly something instictual to Pearls, to lay their lives on the line for the one they considered their supereor, but the revelation Rose's true identity just made Pearl's complex all the more saddening, but all the more interesting.

Don't get me wrong, I love every member of the Crystal Gems, Off Colours and many Homeworld Gems (particularly the other three Pearls), but Pearl happens to be the one who interests me the most.

I love Pearls. Here are some pictures of the four Diamonds' Pearls. I haven't included the unknown Pearl that makes up Rhodonite, as we haven't yet seen her unfused.

A screenshot of White Pearl from "Legs From Here to Homeworld"

A screenshot of Yellow Pearl from "Jungle Moon"

A screenshot of Blue Pearl from "The Trial"

Uncivilized Elk is a YouTuber who most often posts reviews and analysis of Steven Universe and Adventure Time, among other things. Here are some of his Steven Universe videos I found of interest from various points throughout the series. I don't agree with all of his opinions, but these are really interesting videos if you haven't already watched them.

How Big Is The Cluster? (Steven Universe Discussion Part 1)

How Big Is The Cluster? Follow-up! (Steven Universe Discussion Part 2)

What Did Garnet's Future Vision Reveal About Peridot? (Steven Universe)

The Pink Diamond Twist is Fine, and Here's Why (Steven Universe)

Questions and Speculations About the Pink Diamond Twist (Steven Universe)

What "The Answer" Revealed About Homeworld Society (Steven Universe)

Why Was Peridot Mistaken About The Cluster's Location? (Steven Universe Theory)

Which Gem Saved Captain Dewey? (Steven Universe)
Add a photo to this gallery

My Fave Page to Edit

My favourite page to edit on SU Wiki is Cartoon Network: Match Land, as I play the game and enjoy adding hyperlinks to other Wikis so that people can learn more about things such as non-Steven Universe related characters and shops featured in the game.

Retrieved from "https://steven-universe.fandom.com/wiki/User:KittroCat?oldid=1765547"
Community content is available under CC-BY-SA unless otherwise noted.